The genes mentioned before which were significantly changed the most in malaria patient were put in GeneMANIA, a program in which the physical
-> Experimental group VS Baseline group (green lines are the gene interaction between the genes). 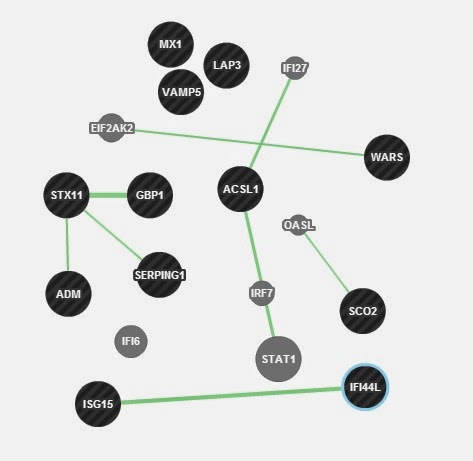 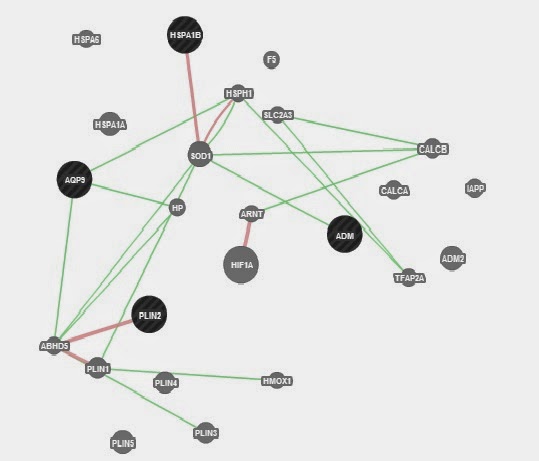 
Looking at the post which was send before, the Adrenomedullin genes seems to appear in both the experiment. Futher reaserch for this gene should be done for knowing its effect (role) in malaria.

Experimental VS Basline: Table with genes that were significantly change wiith the highest FC.

The positive gene that followed the criterion rose, and also the ranking differs from the previous criterion (these tables are shown in the previous blog
More inflamation pathways are shown like Nf-kb, IL pathways, toll like receptors pathways
It is expected that afther treatment genes in inflamation pathway will be downregulated. So I wanted to take a look at gene with an high (low) FC and a significant p-value, that were not found in pathvisio.
--> TREATED VS ACUUT
--> EXPERIMENTAL VS BASELINE
Gepost door Patricia Zaandam op 10:57 3 opmerkingen: